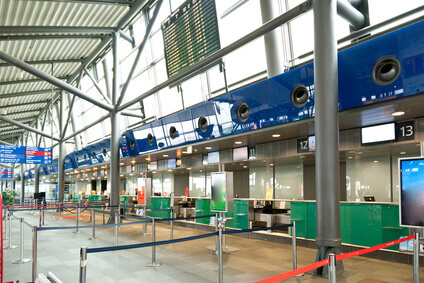 Leipzig/Halle Airport, also known as Schkeuditz Airport and, since the end of 2008 with the goal of better worldwide marketing, only operating as Leipzig/Halle Airport, is located between the major cities of Leipzig and Halle (Saale) in the area around the town of Schkeuditz in Saxony. The airport was opened on April 18, 1927, and is of international importance, particularly in the area of air freight services. The airport is the fourteenth largest in Germany in terms of the number of passengers. And in the freight sector it occupies second place in Germany behind Frankfurt am Main, fifth place in Europe and 26th place worldwide (as of 2011). The airport is the home base of the cargo airlines Aerologic and European Air Transport Leipzig.(Source: Wikipedia)